The speed and power of the top players. How quick their reactions are, their skills, gameplay and strategy in high-pressure situations. I love the defensive play where it looks like the point is over but somehow, the shuttle keeps coming back. It’s truly something that’s amazing and has my legs and body twitching when I’m watching! And I know for sure that many others feel the same way.

Unfortunately, people outside of badminton don’t appreciate all of these things as much as we do. And it’s not their fault. They have no idea what it takes for the players to cover the court while being under immense pressure and a shuttle coming to them at almost 400kph. Nor how hard it is to play certain shots from extremely difficult positions on the court. And finally, they just don’t know badminton like they do other sports such as tennis, football (soccer), golf or cricket.

Even if someone’s non-preferred sport isn’t a mainstream sport, they still understand the general fundamentals of it. For example, I rarely play tennis other than socially on the odd occasion. But because of its prominence in Australia (and the world), I understand how great the best players are, the rules of the sport and many of the top players.

But take a person who’s the opposite: someone who plays tennis regularly and plays badminton just on the odd social occasion. I can almost guarantee that their knowledge of the sport of badminton - the rules, the skills, the game - will be far below my knowledge of tennis as a sport.

Badminton is the second-most commonly played sport in the world. And it’s a part of the sports programs in many schools. But despite this, it’s still foreign to many people.

One big reason for this, I believe, is the appearance of badminton on TV. For me, it’s fantastic. I know how hard it is to cover the court, how much speed, exertion and power it takes. But to someone who doesn’t have much of a background in badminton, when broadcast to TV (or YouTube), the sport does not look as magnificent as I see it.

The prize money is also far less than in other sports. See below for the top earnings for players in 2018 and compare this to tennis, where the Champion of Wimbledon makes GBP 2.25 million (approx. USD 2.86 million). In general, here are some of the problems that make badminton an inferior spectator sport compared to tennis. Why tennis? Because tennis is also a racket sport and one of the most popular sports in Western countries. Please know that I don’t have anything against tennis, and I thoroughly enjoy watching and playing it also!

So, after outlining all of these issues, what’s the solution?

Whilst the technology of filming and broadcasting badminton needs to be improved, the way thatVolant Wear strives to make an impact is to make badminton a more recognised and popular sport, so that people know what the sport is about.

If only everyone knew and understood what it takes to be an exceptional badminton player, when they watch it on TV or as a live spectator, their knowledge in the sport will help them appreciate it as much as we do. Volant Wear is also targeting badminton fashion: to bring aesthetics, comfort and performance to badminton wear so that players feel and look great.

When badminton looks more fashionable and stylish, and players wear their gear with pride and confidence on and off the court, others will be naturally drawn to the sport. This will lead to an increase in participation and awareness and will improve the badminton IQ of people worldwide.

Do you have a different opinion? Please let us know how you think we can make our sport even better!

Thanks for your input Manoj and I certainly agree. Hopefully the BWF will be able to bring these special cameras and various angles into the sport in the future. We’ll have videos coming up soon that show-case some deceptive shots so please look out for them if you’re interested. :) 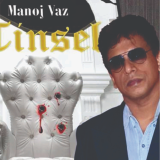 The biggest drawback in televised badminton is that much of the skill and deception in badminton is in the wrists which is not captured by the bird’s eye camera. Special cameras which focuses on the wrist movement in slow motion need to be added.